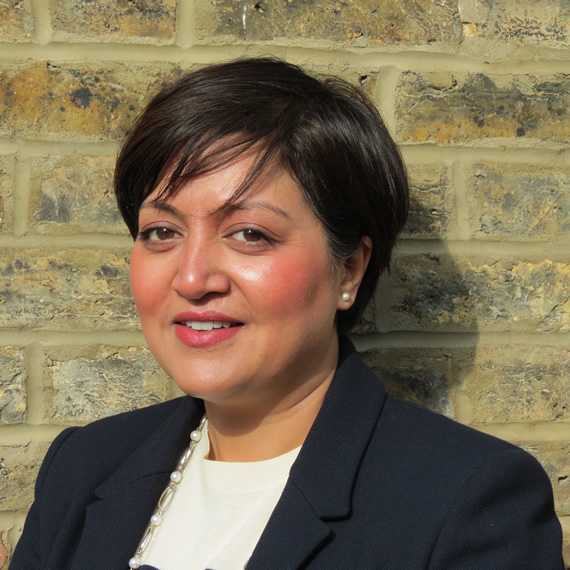 Meet Rokhsana who wants to be your Mayor of Newham

I was born in Mile End hospital, grew up in Newham and have lived here all my life. I live with my elderly parents in Forest Gate and I am lucky to have my three brothers living with their families nearby. We have faced obstacles and setbacks, but we’ve stayed close, overcoming many challenges along the way.

My parents moved to London from Pakistan in the early 1960s and after the first few years of hard struggles and piecemeal jobs, they set up a small business to support me and brothers as we grew up.

Growing up on Shrewsbury Road, I spent my weekends and school holidays playing with friends from different backgrounds in Plashet Park and taking part in the summer reading challenges organised by the Council in the library nearby.

I was taught by amazing teachers at St Stephen’s, Shaftesbury and Plashet Girls School who encouraged me to achieve; and following my A-levels at Newham Community College I went to university in the Midlands where I became active in student politics campaigning against the introduction of student loans and racism.

At the age of 20, I had to leave university suddenly and come back to Newham because the family home my parents worked hard for was re-possessed leaving us homeless. That’s why I am passionate about protecting Newham families facing eviction by unscrupulous landlords, defending the rights of the homeless and supporting residents in Custom House campaigning for better quality homes from Housing Associations and management companies, like Tando.

It took my family 8 years to recover by rallying together and working all the hours we could in low paid jobs. I worked at McDonalds in East Ham and other low-wage jobs, and that’s why I am a proud trade unionist and support the fair living wage campaign. One of the finest achievements by Labour is the introduction of the national minimum wage.

We eventually bought our current family home and have lived in Forest Gate ever since contributing to our neighbourhood and playing a full role in our community.

After finishing my studies at a London university, I became the national coordinator for an anti-racism organisation working to support the Stephen Lawrence Family Campaign. I have seen first-hand the impact that racism and discrimination can have on people’s lives and how it can hold people back from fulfilling their potential. That is why I challenge racism and other forms of discrimination where ever I see them, including in the workplace.

I went into political journalism and then established an organisation that worked hard to deal with the fall-out from 7/7 terror attacks in London, to ensure communities across the UK remained united and strong while challenging the scourge of racism and Islamophobia.

I’ve led large-scale projects for local authorities, the European Commission and the Council of Europe. I’ve also delivered innovative political campaigns including one where I was the international coordinator for a Global Week of Action making the case for a Robin Hood Tax on financial services. Consisting of 90 civil society and 19 international organisations in 50 countries in the run up to the G8 Summit in 2012, I campaigned against tax avoidance – because I believe that everyone, including the super-rich, should pay their fair share of tax.

I have been the executive director of a national charity working with young people to build bridges amongst Muslim and Jewish students at university campuses across the UK to tackle anti-Semitism and Islamophobia.

My most recent role was as the CEO of an international UNESCO supported charity promoting interfaith and global citizenship across the world. Whilst there I also led a project, in collaboration with the Commonwealth Secretariat, to support youth leadership globally.

In 2014, I was elected as a councillor for Custom House Ward and it has been a privilege to serve the community there. I have been their advocate in campaigning against the Tory austerity agenda that is hurting our people, on homelessness, regeneration, parking, LOBOs, Stop and Search and youth provision. I have delivered results for residents in Custom House including securing a £1million estate regeneration programme, addressing poor quality housing and setting up a Taskforce to tackle the bad practices of a company managing some of our council properties but treating our residents appallingly.

I hold a monthly youth surgery to promote a political culture where all young people in my ward are respected and heard. On the Council, I have one of the highest attendance records of any councillor and presently serve as a Chair of a Scrutiny Commission, a member of the Authority’s Audit Board and its Strategic Development Committee.

I joined the Labour Party when I was 16 years, am a proud democratic socialist and internationalist; and have campaigned continuously for a Labour government. In the recent 2017 general election, I worked in key marginals to promote our For the Many message and I am determined that the next Labour Council I lead continues to show what Labour in power can achieve for all our residents.

My passion for politics is driven by my desire to improve the lives of you, your family and everyone in our community. I will tirelessly campaign on your behalf as your Mayor for Newham to achieve this.

At a time when the Tory’s austerity agenda is causing havoc and pushing more people into poverty, we need a strong campaigning Labour council in Newham with a Mayor that will fight your corner.

Please give me that chance to be that Mayor, working hard for you and all Newham residents.